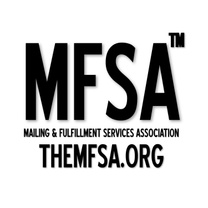 In the early 1950’s, some 10 or 12 men from the Southwest were attending a MASA National Convention in Chicago and met for breakfast. Those known to be in attendance were Luke Kaiser, Cookie DeLong, Tom Monahan and Tom Saling. Their main topic of conversation was the need for regular conferences to be held in the Southwest for the mailing industry.  Before the breakfast meeting was concluded, they had formed an organization that was to become the “Southwest Mail Producers Guild.”

The name “Southwest Mail Producers Guild” was chosen because the group wanted to be completely free of obligations, rules and regulations as set by the National organization. In the 1970’s, the group became known as “The SWAMP Guild” (affectionately named by the late Bob Hanau).

It is believed that the first conference was held in Dallas, with some 30 or 40 in attendance. After the first three conferences were successful, The SWAMP Guild was still alive.

In 1968, they ventured to San Antonio with the Houston group helping to underwrite some of the expenses.  The sole purpose of the organization was, and is, to promote the industry, to work together, to share and learn, and to promote membership. It was a maverick group, determined to contribute to our ever changing industry, especially in the Southwest states, and to find a way to overcome every possible hurdle they encountered.  And they did.

Sometime in the 1970’s there was a conference held in Brownsville, Texas, with the main thrust to change the name from the “SWAMP Guild” to MASA-SW (Mail Advertising Service Association-Southwest).

The more recent name changes MFSA-Southwest (Mailing and Fulfillment Services Association-Southwest), AMSP-Southwest (Association of Marketing Service Providers), and Epicomm, followed the National Associations’ initiatives, but did not change the independent stature of the Southwest Mailers.

Membership of this association is obtained simply by attending the annual conference.

The “SWAMP Guild” is not only proud of its heritage and forefathers with the foresight to organize such a group, but we’re proud of the many members who, over the years, invested many personal dollars and long dedicated hours in making these conferences the success they have always been and will continue to be.

It is a tribute to the charter members that the accomplishments of this group have exceeded their greatest expectations and continue to serve a thriving industry some 60 years later.﻿

Register for the 2020 conference today